Remember being at the Zoo standing in front of a majestic enclosure in awe of the lion in front of you? With visions of a Discovery Channel Special you were enchanted by this magnificent animal of the wild. 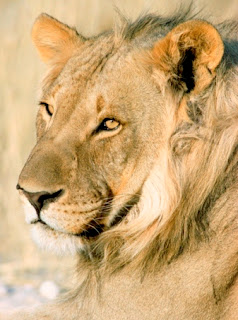 Yes he is serving mankind as an important ambassador not only for his species but the whole animal kingdom. Yet it is a sacrifice he has not chosen to make. Sadness comes as you look deeper at the lethargic King of Beast in front of you. How long has it been since he roamed, hunted, bred… lived?

Unlike the extremists on both sides, I do not claim to know the answers to the many paradoxes seen in our visit to Africa. But like a very wise 24 year old Leopard researcher said yesterday, “We have to take the situation as it is and do what is right by all”.

Extremism does no one any good. As an example the “bunny huggers” (let live at all costs), the Eco-scientist, and the politicians have created a horrendous situation in Kruger Park by not allowing the conservationists and rangers to do their job.

The Kruger elephant herd cannot be thinned by culling or transporting some to other places where their genetics may not match. And few want to risk looking bad or uncaring to the rest of the world.

As a result the maximum population of 9000 elephants in this magnificent Wildlife Reserve is now over 19000 causing major environmental destruction effecting all other plant and animal species.

Similar to party politics, the bickering and rhetoric continue while the best interests of the species are compromised.

Stay tuned for some interesting solutions to impossible problems by those willing to take a stand, consider all involved, and do their part large or small.

﻿Wildlife is Africa! Sadly elephants, lions, rhino, pangolin and other wild animals are being …