“It’s the IRS!” I whisper to Russ as I almost drop my cell phone with excitement.

Here we are with our daughter and husband walking along a brushy creek looking for another blue heron when my almost out of battery phone rings. 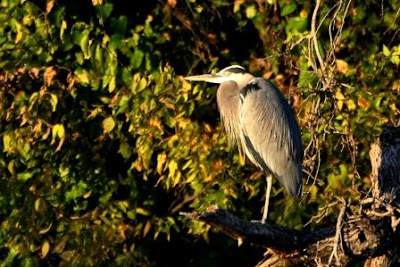 Now, not too many people get excited by a call from the IRS, neither do I, normally, but this was about our pending 501 (c)(3) tax exempt status.

It was mid July when we sent off our huge application packet to the IRS. It was two months later that we got an acknowledgement of receipt letter. Since late October Russ has called twice for an update. “It’s waiting to be assigned an agent” was the reply both times. Just before Christmas they had gotten to the June submittals… we were getting closer!

The herons forgotten, I literally skip along the path like a young school girl. Only four relatively simple matters need to be addressed, all to be clearly outlined in Karen’s communiqué due to be mailed right away. That coveted letter is within our grasp! Whoooopeeeee!

What’s that bird doing in the zebra’s ear?

Then, later that same day Frank emails me.  The CD with the photos he took at the Bird of Prey Sanctuary are on their way.

Now Frank lives in the Netherlands, we connected via LinkedIn. We both love wildlife and are dedicated to its protection and conservation, so he totally donated his time and expertise to Nikela, for which we are very grateful.

Soon we’ll have a slideshow of his fabulous photos depicting Shannon at work, her amazing birds of prey, and the kids who are privileged to visit the sanctuary. In the meantime please take a look at this short animal behavior slide show of Frank’s.

See a rhino scratching post!  And figure out why that bird’s in the zebra’s ear!