“It’s quite rustic,” is a phrase we hear frequently. Which means: we built it ourselves, or it hasn’t been updated in a while, or it doesn’t have much of anything. It’s been 25 days of touring and we’ve slept in eight different Backpackers or B&Bs with at least two more locations to go. ‘Backpackers’ are called ‘hostels’ in many other countries and of course ‘B&B’ stands for ‘Bed and Breakfast’. 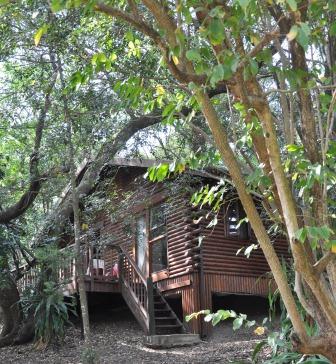 As a nonprofit we need to keep costs at a minimum (and because we’re funding this ourselves and we are not independently wealthy). When we first planned this South African Wildlife Conservation Tour we considered camping. Our daughter in-law spent six months travelling in South America and reminded us about the hostel route.
Russ got online and started plotting out Backpackers… we have yet to stay at one of them! Our first night we deviated and stayed close to the Black Eagle Project so we could return to the beautiful gardens the projects housed in.
There in Krugersdorp we found our selves in a small room gazing up at a two story ceiling and the bathtub was surely the longest I’d ever soaked my body in.
On the road to Pietermaritzburg we called Sleepy Hollow, it was so well situated we stayed for five nights. This was our first real backpackers experience, meeting young people from France and other parts of South Africa all in town for a conference. We spent hours chatting. Avril , the owner and her husband, are international cyclists. Finding Spain the best place to tour on a bike. Actually Clyde was tripping across Australia at that very moment raising money for a local charity.
Then there was the cabin in the midst of the ‘jungle’ in the Umlalazi Reserve. It was a real treat sitting on the deck with birds and monkeys chattering in the trees above and the small Duiker grazing beneath. Not to mention the walks on the beach just a stones throw away.
Probably the most memorable is the bamboo hut at the backpackers near Hazyview just outside the Kruger Park. If you’ve ever stayed in a bamboo hut you know that you can’t fart on the toilet if you’re prim and proper. Waiting on dinner in the main area was not a problem. Francis is a creative decorater, with T-shirts and foreign bank notes from travelers hung and pasted on ceilings and walls. Along one hallway both sides, including the doors, are ‘decorated’ with thank you notes in a variety of languages.
Of course there was the rondavel near Hoedspruit where a flash of blue flew through the door while we were working (a Kingfisher). With a little careful manuevering we caught this exquiste creature with limited trauma and gently released him back outside.
Only twice so far have we needed to regroup. Once near Umtunzini, where we had quite a time finding the small white entrance gate between the bushes across from the old railway station in the middle of a forest. The tiny huts had no windows, the showers were open air and it just didn’t feel safe. The other time the location was fantastic. Just outside of Knysna on a pristine white beach and the ocean almost turquoise in the late afternoon light. A grouping of jagged red rocks creating huge white spray just a few feet away from the backpackers. Talk about waking up and rolling out onto the beach for a morning jaunt! But it didn’t feel right, so we made a phone call and found an inland alternative.
From spacious to tiny, from well equipped to minimal, from quiet to busy… what a ride for two ‘old folks’ like us!
Overall we’ve kept our costs manageble, though unlike some may think, South Africa ain’t cheap even when you rent the tinyest of tiny cars, basically a SMART car with four doors, go the backpacker route and live on yogurt, granola cereal, fabulous fruit, peanutbutter and honey with a meal out every other day. If you feel inclined to help with the costs we’d be very appreciative.

When it’s your turn to visit this beautiful country, give me a shout and I’ll put you in touch with some fabulous people and some interesting places to stay. 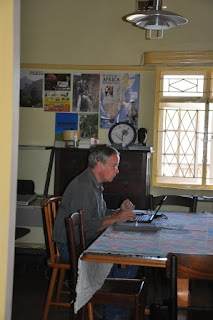 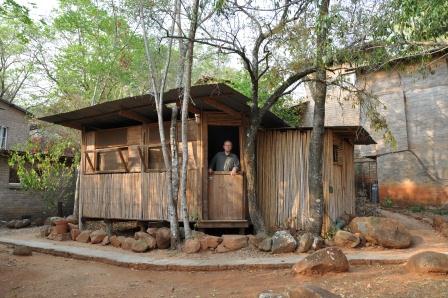 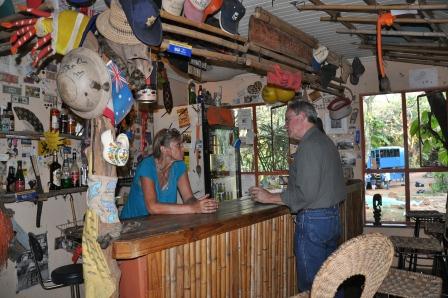 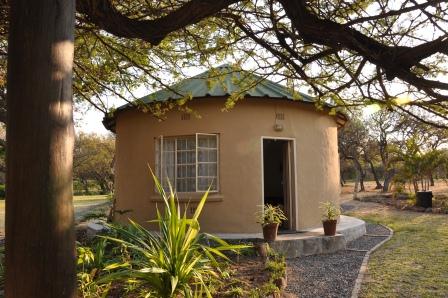 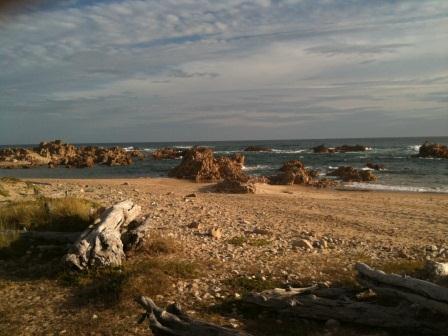